The era of golden TV entertainment has arrived 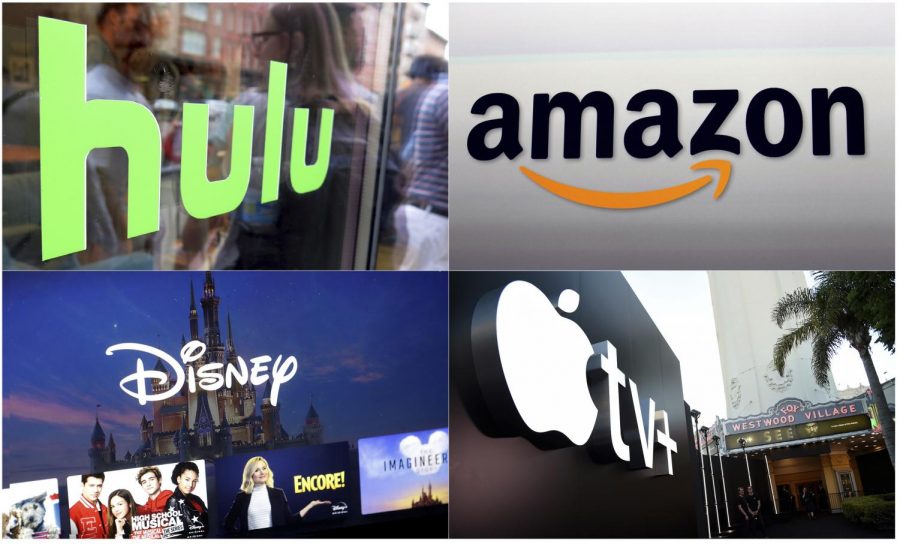 Continuing to look for more entertainment in this streaming era is inevitable. While everyone continues to practice social distancing, we stay active in looking for ways to make time pass by remaining hopeful this shelter in place order soon passes. Since we are stuck at home, the movie queue might have gotten shorter but the TV show list continues to grow because of the steady content being released now more than ever. To help get you started on some recommendations, here are a few quick easy watches as well as a mix of great narrative-driven stories worthy of a viewing.

Yes! You guessed it! WWE superstar Paul Wight or as he is more commonly known “Big Show,” is the same one that is in this show. The plot of the show revolves around now retired wrestling star “Big Show” and how he is now settling down as a full-time dad with his family in Florida, while his daughter Lola, played by Reylynn Caster, moves in with him and the rest of the family. As the episodes progress, you can really see the progress Paul makes and his timing and the way he delivers the comedy stands out. The show is not perfect by any stretch, but you can’t help to get invested in the cast. The overall chemistry of the cast is great to see, specially when “Big Show” is not on screen. The cast includes some veterans in the TV industry, such as, Allison Munn, who has been on popular shows like “One Tree Hill” and “That 70’s Show”. The show wouldn’t be proper without some classic WWE cameos and references, but the main draw of “The Big Show Show” is the charm and the comedy in it. Overall, whether you are a wrestling fan or not, the whole family can enjoy this quick watch.

If you are looking for quality prime-time TV entertainment than look no further than this mini-series, “Watchmen” is set in Tulsa, Oklahoma, 34 years after the movie with the same name and is based on the graphic novel by Alan Moore and Dave Gibbons. The premise of the show starts with a white supremacist attacking the police department where masked vigilantes are outlaws and one of them is Angela Abar, played by Regina King, who also happens to be a cop. On its surface, you can say the show is a superhero TV show but it is so much more than that. It is filled with every category you can possibly imagine that any great show would have, action, suspense, drama, thrills, mystery, science-fiction and so on. Once again, in typical HBO fashion, they offer another award-winning series here with the “Watchmen.” Along with Regina King, veterans like Jeremy Irons, and Tim Blake Nelson fill the cast and are all perfect in the roles they are given. Unfortunately, because of behind-the-scenes drama, there is only 1 season of the show but it is among the best TV mini-series out right now and one of the best shows in this streaming era.

Emmy-award winning series “Mr. Robot”, follows Elliot, who is portrayed by Oscar winner Rami Malek, a cyber-security engineer by day and a vigilante hacker by night. Along with his followers, their goal is to take down big conglomerate companies who they blame for corporate America and the root of problems with society in present day. Long-time veteran actor Christian Slater also appears in the show as Elliot’s alter ego “Mr. Robot.” First off, the show is very technical and offers real-world terms in computer coding. For that reason alone, it is why this show stands out as among the best in this “golden” television era, but it’s also not for everyone as the show relies heavily on the dialogue and story to carry it throughout the series. With that said, if you do decide to stick around you are in for a treat. “Mr. Robot” does not only mirror today’s current society, but also gives the audience a real deep dive into the world of hacking as well as offering stunning cinematography, amazing soundtracks and a riveting story above all. Do yourself a favor and highly consider giving this show a try because it’s worth both the time and patience.

Something for more non-fiction fans is this 5 episode series “Cursed Films.” This documentary explores all the facts and myths surrounding all the alleged “cursed films” in movie productions that include “The Omen,” “The Exorcist,” “Poltergeist,” “Twilight Zone: The Movie” and “The Crow.” From stories of people on set, to journalists covering all these movies, this documentary does a deep dive into everything you might have heard and does a fantastic job presenting you with the facts. Not only does this documentary suck you in from the very beginning, but you wish there are more stories this documentary would cover because of how well-produced the series is. Once you get through the five episodes, you will want to go revisit all the classic movies talked about in the documentary. Especially for horror and non-fiction fans, this documentary is a must-watch as soon as possible!

One of the hottest TV shows right now on Netflix is “Outer Banks”, with good reason. The show is about John B., played by Chase Stokes, and his three outsider friends helping him hunt for a legendary treasure linked to his father’s disappearance at sea. “Outer Banks” was filmed in Charleston, South Carolina, but is set to be in the barrier islands of North Carolina and Virginia. At times like these, the show offers beautiful landscapes and scenery, which is one of the main draws of the show since the world is in quarantine. Is it typical teen drama? Yes, it is. Is there anything groundbreaking from the show? No. But what you do have here, is a group of friends coming together and going on adventures while also building some tension within the group, so it is not all smooth sailing (pun intended) as you would imagine. Beneath the surface, the show also explores the rivalry among the two types of people, such as the wealthy “Kooks” and the hard-working “Pogues”. This dynamic is another main draw of this show that comes together as the episodes progress along with the mysteries and drama behind the hunt for a treasure. Another entertaining show, “Outer Banks” is a solid choice while in quarantine.

One of Amazon’s best shows, “Tom Clancy’s Jack Ryan” is everything you would hope in a thriller and suspense show. The plot finds upcoming CIA analyst Jack Ryan, portrayed by John Krasinski, who uncovers mysterious patterns from terrorist communications that puts him in the center of the action. From the first episode, the show immediately introduces the audience to what is at stake and throughout the series, we go on the adventure with Jack Ryan to uncover the big threat behind it all. The story and pacing are also well-balanced, so it keeps the show from dragging on. Action, suspense, and drama are all elements present through the series and the show reminds you of all the great action movies you have been accustomed to in the past. With a great lead and supporting cast, “Tom Clancy’s Jack Ryan” is another great show to add on to your show queue.

Honorable Mentions: “The Boys” season 1 on Prime Video, “The Sinner” season 1 and 2 on Netflix, “Legion” season 1 to 3 on Hulu and “Creepshow” season 1 on Shudder.