Student homebrewing to pass the time 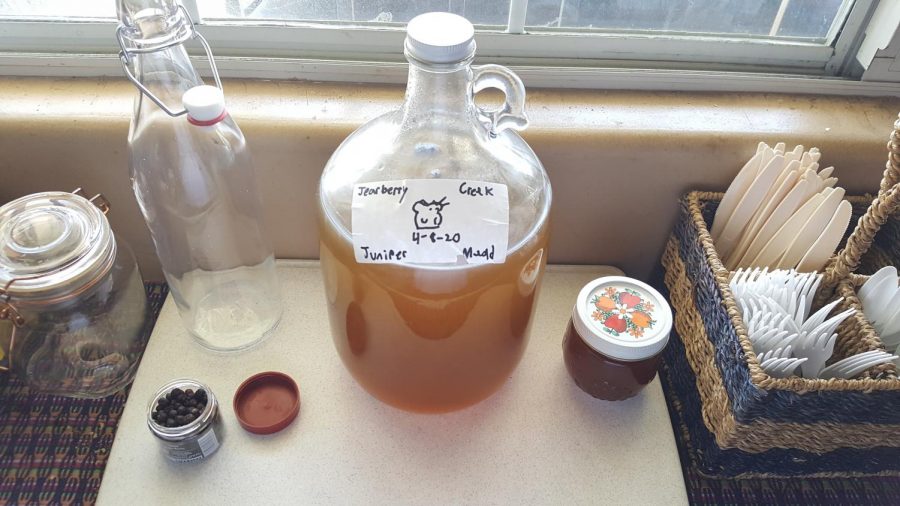 Disclaimer: The Chaparral does not condone underage drinking; brew responsibly.

With a virus floating around and everything either closed or cancelled, most students stream or game to entertain themselves. Me? Well I’ve been cooking up mead. This isn’t a recipe or tutorial, just an overview of my experience trying to keep myself occupied.

I was first introduced to the concept of homebrewing by a friend last year. I found the process interesting but didn’t pursue it because I had other things on my plate.

But now, cooped up at home and bored of all the usual, brewing seemed like a fun way to distract myself. I started in April, and the process has been a fun adventure.

I went online and bought a cheap kit that had most of the tools that I needed, like a gallon glass jug, airlock and brewing yeast. After that, I bought honey, juniper berries and spring water for mead. In total, I spent about $40, mostly on honey and berries.

I chose to make a mead because it’s easy and simple, but takes a long time for the best flavor; a year max ideally. For mine, all I added as extra was dried juniper berries for a Skyrim-themed mead.

Getting it ready took less than an hour. First I cleaned all of my equipment, then added my ingredients to the jug and closed it with the airlock. I put it somewhere cool, dark and monitored it for about two weeks. The airlock lets the gases release to reduce pressure and kept out anything that might alter the flavor.

After two weeks I proceeded to rack it so it can age and clear. I siphoned the mead into a sanitized pot, stopped it before it sucked up all the yeast at the bottom, gave the jug a thorough cleaning and then moved everything back.

During the process, my plastic airlock actually broke so I put on the cap and have been burping the gases out every day after I wake up and before I go to sleep.

It’s dry with a taste similar to champagne, with a strong aroma from the berries. When I feel it has reached a desirable flavor, I’ll cool it, bottle it and share it with friends.

Even if it doesn’t turn out too good, the experience was still fun and I’ll probably start up a second batch sometime soon. I have all sorts of ideas for ingredients I can add to play with the flavors.

The process for making the mead wasn’t hard, making it easy for a newcomer to pick up. And once you’re finished, you should have a cool drink waiting for you down the road that you can say you made.

In a time where the future is very uncertain and it’s hard to make plans, having this mead sitting in my room and giving me something to look forward to helped to take my mind off of things.

Playing games and streaming to kill time like I usually do is fine, but dipping your feet into a hobby you’ve never tried before can be surprisingly fulfilling.

Whether its picking up homebrewing or any other new activity that seems interesting to you, try to make the best of your newfound free time and stay safe. Cheers!