The final presidential debate better than the first 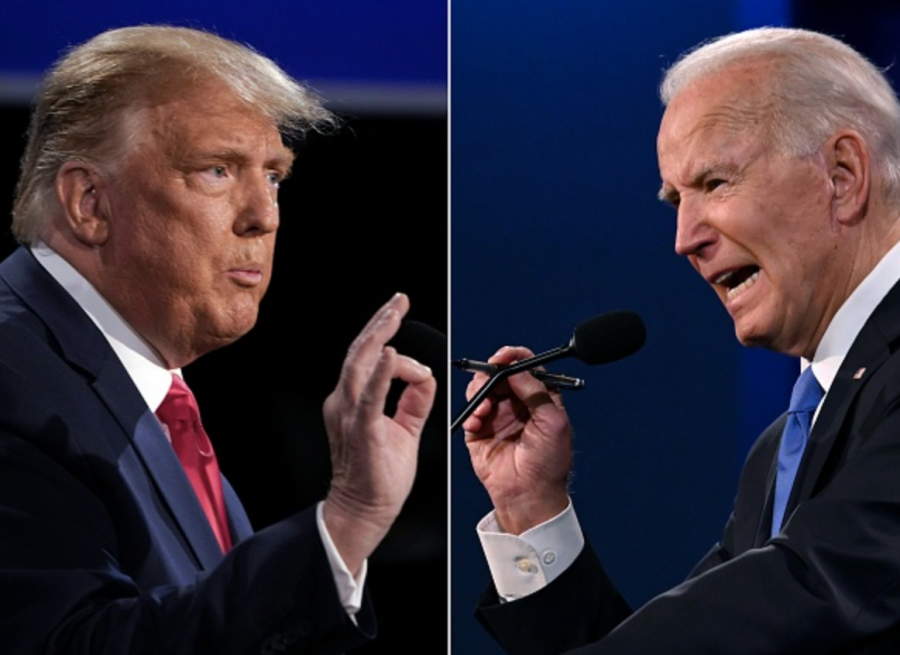 The debate received much better views than the first one. Both rivals were more than six feet apart and under new rules, which allowed organizers to mute each candidate’s microphones. This was to avoid interruptions.

The Wall Street Journal reports, “The muted microphones helped create a different tone. Mr. Trump and Mr. Biden frequently remained quiet while the other spoke during the first 30 minutes of the debate.” The final debate had a steady flow and a respectful environment as each candidate was able to answer the questions asked by the moderator.

According to news sources, many believed Joe Biden did a much better job in this debate than the first. A CNN debate poll reports, “Overall, 53% of voters who watched the debate said that Biden won the matchup, while 39% said that President Donald Trump did. Viewers once again said that Biden’s criticisms of Trump were largely fair (73% said they were fair, 26% unfair), and they split over whether Trump’s attacks on Biden were fair (50% said yes, 49% no).”

Cal State Fullerton student Amber Juarez said, ‘The final presidential debate was a lot better than the first one in my opinion. In this debate, Biden showed the American people that he is determined to help us. Also, both candidates seemed to be respectful to one another this time. All in all, I think Biden did a better job of getting his policies across. You can tell that he is committed to being the best president he can be for us. I also liked how Biden said that even if you didn’t vote for him, he’s still representing you. That shows how much he cares for the American people.”

Welker’s first question was about the coronavirus. She asked, “The country is heading into a dangerous new phase. More than 40,000 Americans are in the hospital tonight with COVID, including record numbers here in Tennessee. And since the two of you last shared a stage, 16,000 Americans have died from COVID. So please be specific: How would you leave the country during this next stage of the coronavirus crisis?” Donald Trump and Joe Biden both feuded over the coronavirus questions causing constant tension during the debate.

Trump said there had been many spikes, yet we are fighting it hard and now there will be a vaccine created soon, and people are getting better. “We have a vaccine that’s coming. It’s ready. It’s going to be announced within weeks, and it’s going to be delivered. We have Operation Warp Speed, which is the military, is going to distribute the vaccine. I can tell you from personal experience that I was in the hospital. I had it.”

Trump said he had it, “And I got better, and I will tell you that I had something that they gave me — a therapeutic, I guess they would call it. Some people could say it was a cure. But I was in for a short period of time, and I got better very fast, or I wouldn’t be here tonight. And now they say I’m immune. We’re now making ventilators. All over the world, thousands and thousands a month, distributing them, it will go away, and as I say, we’re rounding the turn, we’re rounding the corner, it’s going away. ”

Biden attacked Trump’s administration for not being responsible. He says, “220,000 Americans dead. If you hear nothing else I say tonight, hear this. Anyone responsible for not taking control — in fact, not saying, I take no responsibility, initially — anyone responsible for that many deaths should not remain as President of the United States of America.

We’re in a situation where there are thousands of deaths a day, a thousand deaths a day. And there are over 70,000 new cases per day. As the New England Medical Journal said, they’re starting from a very low rate compared to what’s going on in Europe. We’re starting from a very high rate. The expectation is we’ll have another 200,000 Americans dead by the time between now and the end of the year. If we just wore these masks — the President’s own advisors told them — we could save 100,000 lives. And we’re in a circumstance where the President, thus far, still has no plan.”

Biden said he would lead the country out of crisis and continue to encourage mask regulations, have rapid testing availability for everyone, have national standards on how to open schools and businesses again and make sure they are safe. “We’re in a situation now where the New England Medical Journal — one of the serious, most serious journals in the whole world — said for the first time that this, the way this President has responded to this crisis has been absolutely tragic. And so folks, I will take care of this, I will end this, I will make sure we have a plan.”

Coachella Valley’s resident, Raul Alejandro Moctezuma Jeronimo, said, “It sickens me that, although our nation has been trying to get back on its own two feet desperately, Trump continues to ridicule and badger our government than work with them.”

Both candidates responded to one another back and forth and did not back down when attacked. Each question they were asked both rarely did agree on anything as the questions became more serious. Trump continued to defend his administration during the debate while Biden kept himself strong on answering the questions Welker asked.

The most popular quote that has been in every news source is how Trump said, “I say we’re learning to live with it. We have no choice.” And Biden replied, “People are learning to die with it. You folks home will have an empty chair at the kitchen table this morning.” This is a crucial standpoint and shows how both candidates have a different opinion toward these dark times.

To address a few questions to light, Welker asked about the strategy towards the pandemic, what steps would be taken to give Americans confidence in a vaccine if it were approved, the cost of shutdowns in our economy, the higher rates of hunger depression, domestic and substance abuse, outweighs the risk of exposure to the virus, about businesses and tax returns which fueled aggression towards Trump and Biden, healthcare and past president Obama’s legacy.

The oil industry also came up during the evening and Dr. Anthony Fauci. There was a direct question to Trump about Fauci for insulting him and if he’s not listening to Fauci, who is he listening too, opening up schools while having high cases of COVID-19, The HEROES ACT, how top intelligence officials confirmed again that both Russia and Iran are working to influence this election: how would Trump and Biden put an end to this threat, and North Korea, China and Ukraine.

The question about immigration became a heated argument for both candidates and one of the few that stood out the most besides COVID-19 and the Russian question. The controversial discussion about Obama creating immigration cages and how Trump did not was repeatedly addressed by the president himself to state he had nothing to do with it.

The separation of families and how children still have not been reunited with their parents came up. Trump had no real answer. Trump asked Biden, “Who built the cages?” Welker shifted the question to Biden, asking why should trust him with an immigration overhaul now since the Obama administration failed to deliver immigration reform, which had been a promise.

Biden replied, “Because we made a mistake. It took too long to get it right. Too long to get it right. I’ll be President of the United States, not Vice President of the United States. And the fact is, and I’ve made it very clear, within 100 days, I’m going to send the United States Congress a pathway to citizenship for over 11 million undocumented people. And all those so-called Dreamers, those DACA kids, they’re going to be legally certified again, to be able to stay in this country, and put on a path to citizenship.” For dreamers, this would be a success for their long fight for citizenship.

Palm Springs community resident Alex Cataldo said, “I found the final debate much better than the first. I thought Biden represented himself well and was able to respond quickly to Trump’s remarks. Biden spoke very well, and I really liked Kristen Welker’s questions. I thought the questions both faced were crucial in these times to know what they plan if elected. Also, I have DACA children. This election is important for them and our family.”

The racial problems in America and climate change were the last questions for Trump and Biden. Trump and Biden, in this segment of the debate, were exchanging blows, and Trump aggressively attacked Biden. Biden defending himself in these last parts of the debate, stating he never said anything of the things Trump has accused him of. Biden found a way to attack Trump during the racial and climate change questions Welker asked.

Biden believed in climate change and had a stewardship response towards the issue, while Trump’s concern was more about money and lashing at China, Russia and India, how their air is filthy. Trump said, “I will not sacrifice tens of millions of jobs, thousands and thousands of companies because of the Paris Accord. It was so unfair.”

Biden responded, “We’re going to pass the point of no return within the next eight to 10 years. Four years of this man eliminating all the regulations that were put in by us to clean up the climate, to clean up– to limit the– limit of admissions will put us in a position where we’re going to be in real trouble.”

The final question was for undecided voters. Trump concluded with, “They wanted to unify. Success is going to bring us together. We are on the road to success. But I’m cutting taxes, and he wants to raise everybody’s taxes. And he wants to put new regulations on everything. He will kill it. If he gets in, you will have a depression, the likes of which you’ve never seen. Your 401K’s will go to hell, and it’ll be a very, very sad day for this country. ”

Biden concluded, “And I’m going to say, as I said at the beginning, what is on the ballot here is the character of this country. Decency. Honor. Respect. Treating people with dignity. Making sure that everyone has an even chance. Now, I’m going to make sure you get that. You haven’t been getting it for the last four years.”

Great questions were asked at the final presidential debate. Welker was quick to stop any extensive lash between both candidates, which was a much more respected debate than the first. Who will be the new president of the United States? The outcome revealed on Nov 3.