What Netflix did not reveal on American Murder 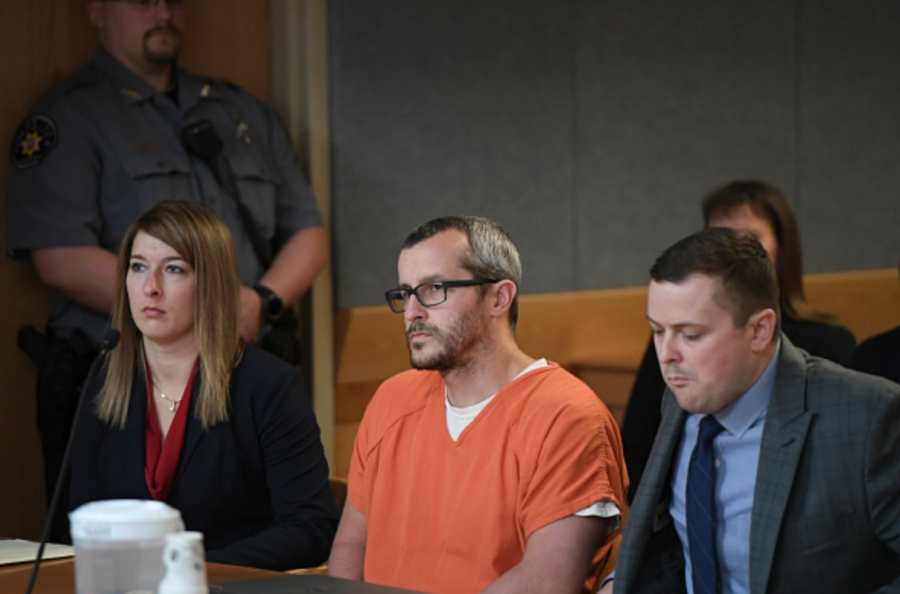 American Murder: The Family Next Door is an American true crime documentary, which examines the disappearance of Shanann Watts and her two daughters Bella and Celeste Watts.

American Murder: The Family Next Door premiered on Netflix on Sept. 30, 2020; the documentary is the story of how Shanann and her two daughters were murdered by Fredrick, Colorado, in 2018. The 82-minute documentary reveals unseen police footage and Shanann’s social media activity before her murder.

Netflix did not reveal all the horrific truth about the murder of Shanann and her two daughters. A pen pal named Cheryln Cadle gathered and published letters that Chris sent to her jail in the 2019 book Letters from Christopher: The tragic Confessions of the Watts Family Murders.

The book reveals that Chris planned to murder his wife as well as his children. Chris wrote, “All the weeks of me thinking about killing her, and now I was faced with it.” The night before their deaths, he also wrote, “I walked away and said, “that’s the last time I’m going to be tucking my babies.”

The book also reveals he tried to smother his daughters in their beds before he murdered their mother, but they woke up. Instead, he drove them alive to the site where he buried his wife, smothered them again, and threw their bodies in an oil tank.

Watts also confirms why he killed his pregnant wife. The main reason Watts murdered his family was to be with his mistress Nikki.

In the letters, Chris wrote, “I knew if I took my hands off her, she would keep me from Nikki.” Chris also adds, “Feelings of my love for her was overcoming me… I felt evil, swallowed up by this thing inside me. I felt like I could kill anything and be justified for doing it.”

Watts had attempted to kill his unborn child from Shanann’s womb; Chris confirmed he tried to drug his wife, Shanann, with Oxycodone to cause her to have a miscarriage. Chris writes in another letter and says,

It shows in his writings how he blames his mistress for the murders instead of taking responsibility for his own actions. According to a report published in People, a source close to Watts said that he was curious about the documentary released by Netflix.

Although he cannot see it, he hates that the texts from his deceased wife are out there for the public to read. The source said, “It brings back awful memories of 2018 for him.

Who was Nichol Kessinger?

Nichol Kessinger is a geologist and was Chris Watts’s coworker and mistress.

Chris saw Nichol secretly during the five weeks Shanann and her two daughters were gone visiting family out of state that summer.

Kessinger and Watts met in June 2018 and started secretly dating in July 2018, a month before the triple murder happened.

Kessinger explains how Watts lied to her, claiming he told her Chris and his wife were to finalizing their divorce and if she could help him find an apartment for him and his two daughters.

She describes Watts as a “good listener” and “soft-spoken.” According to Marie Claire’s website. When Kessinger found out about Chris’s wife and kids, she realized that Chris had lied to her.

Kessinger called him questioning about their disappearance in a phone call and text messages. She told him, “I did not want to speak to him again until his family was found.”

The truth of Chris Watts polygraph and financial situation

The documentary shows how Chris took a polygraph test and failed. According to The Tab, Chris scored -18 on the test, which means he failed tremendously.

A score of -4 is considered to signal a lie. Netflix also did not reveal how the Watts family had a financial situation.

In 2015 Chris and his wife Shanann filed for bankruptcy. This was three years before Chris committed the crimes. Chris was the main source of income at the time, and they had recently had bought their $400,000 home.

This left Chris and Shanann in $70,000 debt. In 2018, Shanann had gotten a new job, which boosted their income, and because of this, many people speculated Chris was jealous of Shanann.

The speculation was that she made more money and had paid trips, which gave him another powerful urge to murder his wife and their two daughters.

Frankie Rzucek, Shanann’s brother, posted on Facebook, encouraging his audience to watch American Murder on Netflix. Rzucek wrote in his post, “This documentary gives my sister a voice, and she speaks throughout it. It also shows her life was like before he came along and how happy she was with her beautiful family until he cheated and turned into a different person and became that monster.”