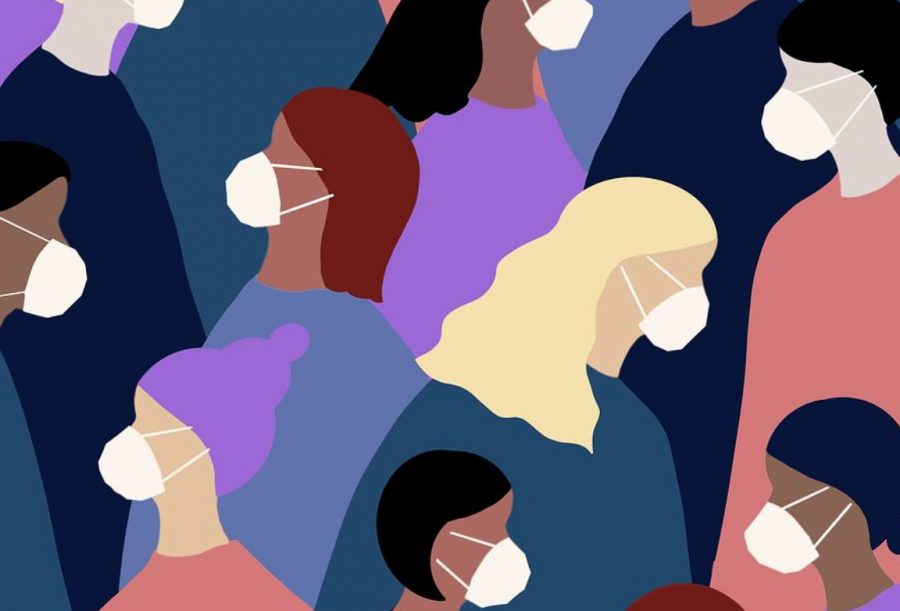 COVID-19 has not stopped. The disease keeps spreading and the cases keep rising. There have been 47.3 million cases worldwide and 1.21 million deaths.

We will take a look at the four largest countries in the world and the dramatic differences of cases between them all.

The United States’ cases seem to only have one direction, high cases.

Cases seem to be rising by the minute, being the country with the highest case of COVID-19.

America holds the title with 9.42 million cases and 233K in deaths. As we all know President Donald Trump called a national emergency which set America into a chaotic panic. Many essential items were sold out in many stores, such as toilet paper, hand sanitizers, etc.

We later moved into a fazed where everyone was required to wear masks, which most are still practicing.

Fast-forwarding to October, cases are rising, and as we all know Riverside County has gone back to the purple tire. Meaning inside dining is closed, entertainment facilities have been shut down again and only essential stores are open at the time.

Everyone is required to stay indoors, wear masks, wash hands frequently and stay away from large gatherings.

If everyone in the United States following these rules of conduct, our numbers will go down, fewer people will be dying and more recoveries will start happening.

During the start of COVID-19, the Chinese government did things very differently than our government. Instead of panicking and freaking their citizens out, they decided to investigate and take charge.

According to BBC News Beijing’s top political body said, “Anyone who deliberately delays and hides the reporting of [virus] cases out of his or her own self-increase will be nailed on the pillar of shame for eternity.”

This country has a firm government that people listen to and obey. The government then shut down the trade from anyone, disinfected the streets and had made sure everyone was quarantined and had a curfew.

These strict rules might have seemed inconvenient but it ended up helping in the long run. Being the second-largest country, they have one of the lowest COVID-19 cases.

Just like the U.S., they shut down non-essential work facilities and only allowed those who were needed to work. The difference however, was they only encouraged people to stay inside but they did not mandate it like the U.S. did.

In March, Canada for the first time since founded, closed its land border with the U.S. to try and stop travel from both ends.

If citizens needed to travel through Canada they can only do so if they are traveling to Alaska, but first they would have to be quarantined for 14 days according to the Quarantined Act of 2005.

According to the CBC, “Canada has quietly revised its guidelines on how COVID-19 spreads to include the risk of aerosol transmission, weeks after other countries and international health organizations acknowledged the airborne threat of the coronavirus.”

The virus is spreading faster than ever and just as Canada is taking these extra precautions so should the U.S.

Lastly Russia, the fourth largest country in the world, with 1.66 million cases of coronavirus, 28,473 deaths, and 1.24 million recoveries.

Russia seems to be taking the same precautions other countries, along with distant learning according to Major S. Sobyanin the students from grade 6-11 will continue their distance learning for two more weeks, its unclear as to what will happen after the two weeks, but Russia knows there is no time to relax.

Russia’s case numbers might be going up due to a sample error, there could have been 40% of false negatives. Russia continues to keep social distancing, wear face coverings and anything they can do to stop the spread of this virus.

Things might seem very chaotic now but we have to see the bright side of things, although there have been many COVID-19 cases there have also been many recoveries following. New Zealand, even though it is a small country, has only 1,973 cases!

It just goes to show that things will eventual get better, do not panic, stay calm and wash your hands often. Follow the CDC health guidelines that have been given so we all can beat the virus together.