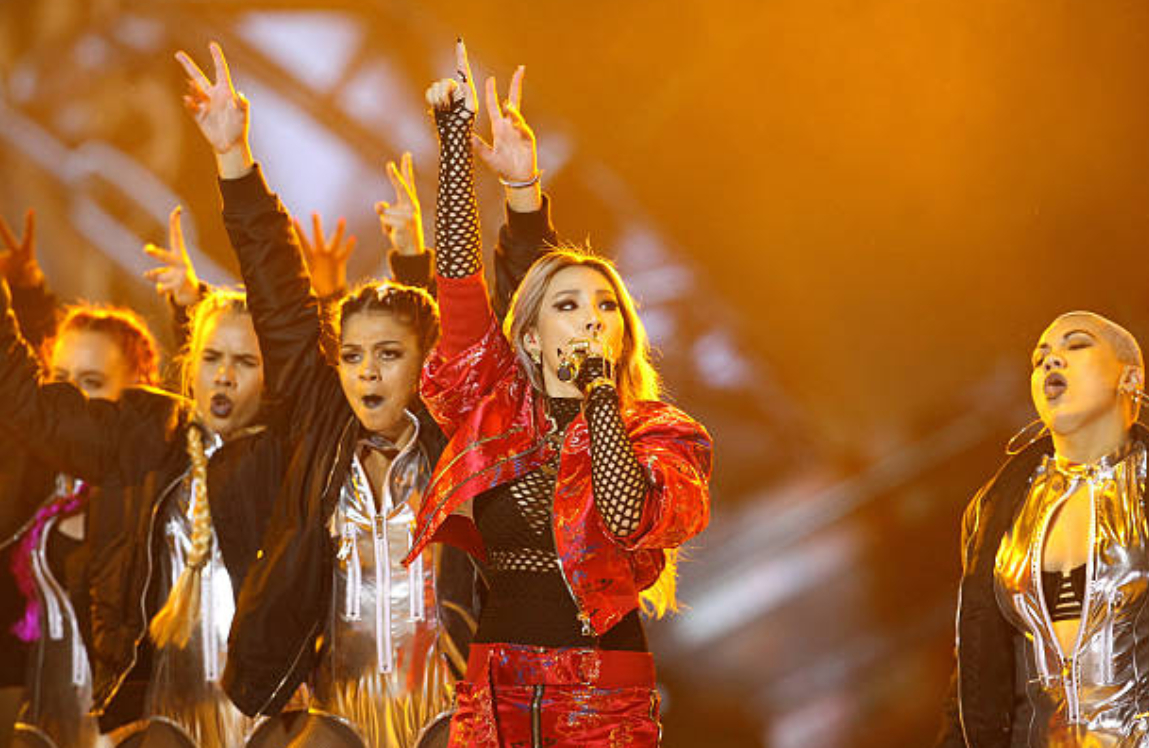 Singer CL of 2NE1 performs on the stage during the 2015 Mnet Asian Music Awards (MAMA) at AsiaWorld-Expo on Dec. 2, 2015 in Hong Kong, China. (Visual China Group via Getty Images.)

Lee Chae-rin, is better known as her star name CL, rapper, dancer and leader of the classic K-POP group 2NE1 gained a solo artist career back in 2014.

Since the disbandment of 2NE1, CL continued having hit singles during 2014-2016, such as ‘The Baddest Female.’ The beloved K-POP rapper disappeared after her hit single ‘Lifted’ in 2016.

It’s been four years since we ‘ve heard from CL. During her long disappearance in the music industry, CL only released a few songs independently with no agency or music company since she quit YG Entertainment.

Many fans of CL wondered where she had gone? What happened to her future albums? And questioned if she will ever be back.

On Oct. 29, 2020, CL returned, making a powerful comeback with her hit single +HWA+ and marking a new era of her return to the music industry.

The lyrics in the song ‘+HWA+’ in English translation say,“The hibiscus has bloomed,” meaning the Rose of Sharon has bloomed, which is Korea’s national flower. CL has finally bloomed and is proud to represent her love for her country and K-POP.

Since the release of ‘Post Up’ back in September 2020, fans of CL called the GZBs’ have been waiting for their favorite K-POP female rapper to have a full-on comeback. Her latest live performance aired on October 28, 2020 with James Gordon on The Late Show with James Gordon and was a huge success.

She gave a top-notch performance in The Late Show with James Gordon performing at the National Museum of Modern and Contemporary Art in Seoul, Korea. Usually, one would perform at the host’s show, but with covid-19 regulations, she sent a performance music video.

The performance video was colorful, optimistic, uplifting, amazing dancing, and charismatic. This displays how CL is linked in America, and maybe we will see more upcoming content in the US.

Her hit song ‘+HWA+’ is about her rising back to music and returning as a performer with no chains pulling her down. It represents empowerment within herself, the difficult struggles she has gone through for the past years, and how she is proud to bring Korean style, her own sound, and imagery back globally.

When she had a contract with YG Entertainment, the artist was left MIA for a long time and could not do what she wanted to do. When you watch the official music video ‘+HWA+,’ you can see CL is finally showing off her unique artistic style, and we get a dynamic glimpse of what’s to come soon.

CL is solidifying her independence as her own artist, taking her own stance, and showing off her full talent with no restrictions.

Her other hit song called ‘+5 Star+’ will be released on Nov. 6 in an official music video. The song was released simultaneously as ‘+HWA+” with no music video but had the same popularity as her returning single ‘+HWA+.”

‘+5 Star+’ track goes in-depth with her romantic side. It’s an upbeat, passionate, poetic, and romantic song about love and passion. It’s unclear whether the song is about someone specifically or her overall past romantic relationships. The track also has a slow classic hip-hop tune, which is relaxing, and we can listen to CL’s meso-soprano vocals fully.

CL is known for her dramatic fashion style, artistic visions, singing, and, most importantly, her rap skills. The famous K-POP artist is known for her cutting edge raping skills in the K-POP industry and her amazing dancing talents.

Back in the classic days of K-POP, when she led the group 2NE1, CL was famously known for her ability to fast rap. CL is was one of the few female rappers during her female group era to be on top charts next to her male peers like G-Dragon and T.O.P. She displayed how females can be considered Korean rappers, not just pop artists.

According to Women’s Weekly Singapore, “With the likes of Big Bang, Super Junior and 2PM, 2NE1 was part of what the music industry calls the “second generation of K-pop stars,” the ones responsible for bringing K-pop to the world stage.” CL is the second generation of K-POP artists who expanded in the US following PSY and later BlackPink.

Looking back at her start from 2NE1, solo career, and now finally free to do whatever she wishes with her own name, CL is one of the few K-POP artists who allowed a lot of diversity in her music videos. Even when she was still signed with YG Entertainment, she had diversity in her live performances in Asia tours and now more than ever.

One extraordinaire breakthrough is how CL created her own agency called Very-Cherry. Her website says “Very Cherry” marks the beginning of a new era for CL: fun, creatively-free, and the start of something brand new. An all-compassing brand in itself, “Very Cherry,” was born with the idea of creating a core team that has been “cherry-picked” for CL and by CL.”

Using Korea’s traditional all in one company system and combining the US system of specialization, Very-Cherry “Seeks to become a positive influence on art and freedom of expression.”

According to the TheHoneyPop website, CL reveals she will be releasing an upcoming album on Nov. 30 called Alpha. This will be her first album to date as a solo artist. The young inspiring artist has finally bloomed in music.

The Chaparral • Copyright 2022 • FLEX WordPress Theme by SNO • Log in