CODtalk highlights a lifetime of accomplishments 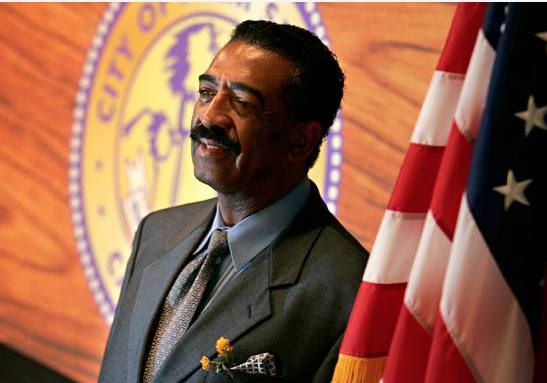 The first Black mayor of Palm Spring, Ron Oden, spoke at last week’s CODTalk in honor of Black History Month. Oden shared many personal experiences growing up and living as a Black man in the Coachella Valley.

“I’m going to start as close to the beginning as possible because it’s what I stand upon which gives me the strength, the understanding, to share with you some of my experiences today,” said Oden.

Oden began his talk at the Feb. 17 event via Zoom by detailing a harrowing night at his grandfather’s farm in Clanton, Ala. This is where he first learned about racism and discrimination.

Oden described that long-ago night when his grandfather left the house with a gun, as he and his family hid under the kitchen table. At six years old, he had never encountered anything like it. “I tried to whisper because I didn’t know whether to be afraid or what, and my cousin, who was younger than I but very savvy in the ways of the South, she leans over toward me, and she says, It’s the Klu Klux.”

This true-life tale from his early childhood kept listeners engaged as he shared his experiences in a thought-provoking talk. The farm was safe that night, but it was just the first of Oden’s racism and exploitation experiences.

Oden discussed his life, his time as the mayor of Palm Springs and the community’s African American history.

He served as the first Black mayor of a U.S. city and the first Black, openly gay mayor in California. He holds master’s degrees in religion, ethnic studies and marriage, family and child counseling. Oden currently serves as an adjunct sociology faculty member at COD.

When Oden moved to Palm Springs, he was one of a few Black men in the valley and he struggled to find his place here, but once he did, there seemed no stopping him. His accomplishments are many. He was the first chairman of the Human Rights Commission in Palm Springs, an adjunct instructor at College of the Desert and was part of the pastoral care team at the Betty Ford Center.

In 1995, he was elected to the Palm Springs City Council and one of his priorities was to support local commerce.

The business community knew him as an active, engaged member and came to rely on his voice in the council. While he enjoyed his time serving the city, he had no intentions of running for mayor, but when the current mayor decided to target and end the LGBTQ White Party event, he felt compelled to speak up.

The White Party has been an annual celebration in downtown Palm Springs since 1989. “Businesses looked forward to the income provided by the event, and the business people in the cities started talking to me,” Oden said.

Our local economy relies in great part on tourism events and the money it brings, so he made a point to talk to the mayor about their concerns. However, he would not consider the points raised by then councilman Oden, shutting him down and expressing his hope that the WhiteParty would not return.

“I really didn’t know what to say, I wasn’t prepared for him to say that, and I responded – and I don’t know where it came from- but I said, ‘I guess I’ll have to run against you.’” The rest is, literally, history. When he won, he received congratulations from all over the globe.

“It was electric. People were crying and hugging one another and jumping for joy,” Oden said.

Ron Oden is a man of many accomplishments, but the most important thing to him? “The most important thing in life, my children and my grandchildren.” He points out that, as you go about your daily lives, you’re also “representing something bigger than yourself.” He paved the way for the next generation of the Black community in the valley, but it’s not limited. A host of future generations will be standing on his shoulders.

This talk was presented by a joint effort of the Office of Student Life and the Black Student Success Center. Host Danny Torres noted, “This CODtalk is a little different because it’s the first time that we’ve collaborated with another organization on campus.”

CODtalks are held on the 2nd Wednesday of each month during the Fall and Spring semesters. All talks are free and open to the public. The Office of Student Life provides a variety of services and can be accessed online.

Black History Month at COD continues with The Black365 Knowledge Bowl scheduled for Feb. 25 at 12 p.m. Teams of students will answer a series of questions on African American history for trophies and prizes. Prize money totals $500, and all students are invited to play. To sign up, email Dr. Jamie Cathcart, [email protected]