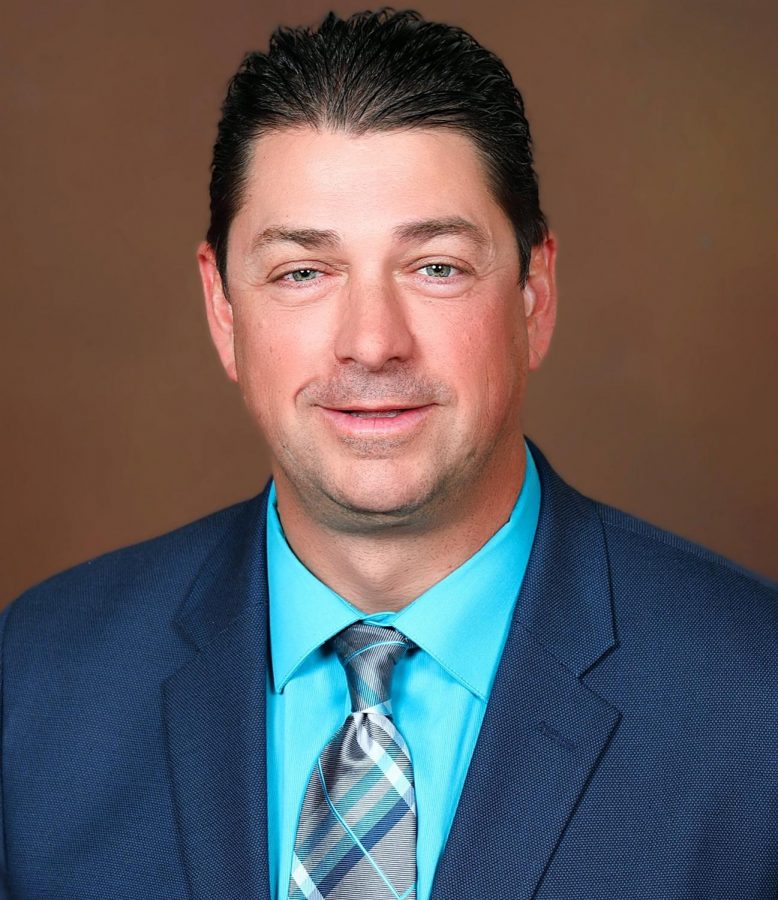 Photo Courtesy of College of the Desert. Jeff Baker, Vice President of Student Services, takes over the position of Interim Superintendent/President following the departure of Dr. Joel L. Kinnamon.

College of the Desert announced the retirement of Superintendent and President Dr. Joel L. Kinnamon on Dec 15, 2020. Kinnamon has held the position for seven years and will step aside on March 31.

In January 2021, the College announced that Vice President of Student Services Jeff Baker would be the Interim Superintendent and President when Kinnamon leaves. The Desert Community College District Board of Trustees voted 5-0 to accept the unanimous recommendation of the college leadership team and offered Baker the position.

Baker joined the college in 2016 and has been a significant part of its leadership team. Before working at College of the Desert, Baker worked at three colleges and has almost 25 years of community college leadership experience.

“President Kinnamon, he and I had worked together for about eight years in Northern California,” Baker said, in response to why he chose to work at COD. “He was a leader that I respected, admired and we had a great working relationship. At one point, we crossed paths again, I moved to Southern California, and he had moved to College of the Desert. Being in the business, we crossed paths again, and he said he had an opening as an interim, so that’s when I took the step to become the Interim Vice President of Student Services.”

Although Baker will take on the Interim Superintendent and President title, he cannot become permanent because of this temporary role.

“I had to do a personal search of my own career of where I’m at right now. It’s such an important job, and it takes so much time and energy. Every time you move up, it takes even more. It was at a level I wasn’t sure I wanted yet. I thought by doing it even if I can’t become president will help me get a sense of something I might want to do in the future.”

The college has seen tremendous growth over the years. The years leading up to the 2018/19 school year data from COD’s Institutional Research shows that enrollment and headcount increased every year. “College of the Desert had been not only one of the fastest-growing in California but nationwide,” said Baker.

The pandemic was challenging for COD. Faculty and staff quickly adjusted to online learning, but the institution took a harder hit in 2020 from a malware attack before the Fall semester. “It was the most challenging start to a term in my 25 years without a doubt,” said Baker.

While classes have been online for the past year due to COVID-19, many are curious if in-person will return in the Fall semester. According to Baker, “Anything we bring back will need to be approved by the Board of Trustees. We are creating an internal task force to look at programs and how they might be able to start slowly bringing some back in a hybrid format.”

Baker said many professors might not feel comfortable with in-person learning so soon. These professors might be given the option of having Zoom lectures or synchronous classes instead. “We’re at a point now also where we may never look exactly like we did before, the institution as a whole needs to decide how we want to look moving forward, and it may be that we have more online courses than we’ve ever had before,” said Baker.

COVID-19 puts everyone at risk, especially those with weak immune systems. Going out into public has now become a scary reality for many. According to the Centers for Disease Control, Riverside County alone has over 50,000 COVID-19 cases and just under 900 deaths. Many educators worry about possible side effects and the subsequent long-term effects of having COVID-19.

For winter classes, the school brought back some in-person learning for the nursing department. According to Baker, the College has not seen one case of COVID-19 reported as of March 4, 2021. The school is taking necessary precautions and keeping social distancing priority in the classroom, “For each course that came back, they set up specific standards depending on the classroom size and what is involved with help from faculty,” said Baker.

The most important thing for many students is to get the class and/or professor they want. Students also want to know if classes will be in-person or online. Baker said they had not made a decision yet for the Fall semester, “As soon as the schedule comes out, they (students) will know if it’s online or not,” said Baker. Registration for classes will be posted in May.

“Our faculty, staff and leadership have done a phenomenal job during this tough time. College of the Desert is still moving forward and doing great things for our students. The students were very grateful to have them. We know that our students have gone through really challenging times against many tough situations, but they are continuing, so I want to applaud them all. Particularly our students continuing with their education during such a difficult time.” said Baker.

The Board of Trustees is currently interviewing multiple executive leadership search firms and anticipates making a final selection later this month. Faculty, staff and students will play a key role in selecting a new president during open forums and town-hall-style meetings.