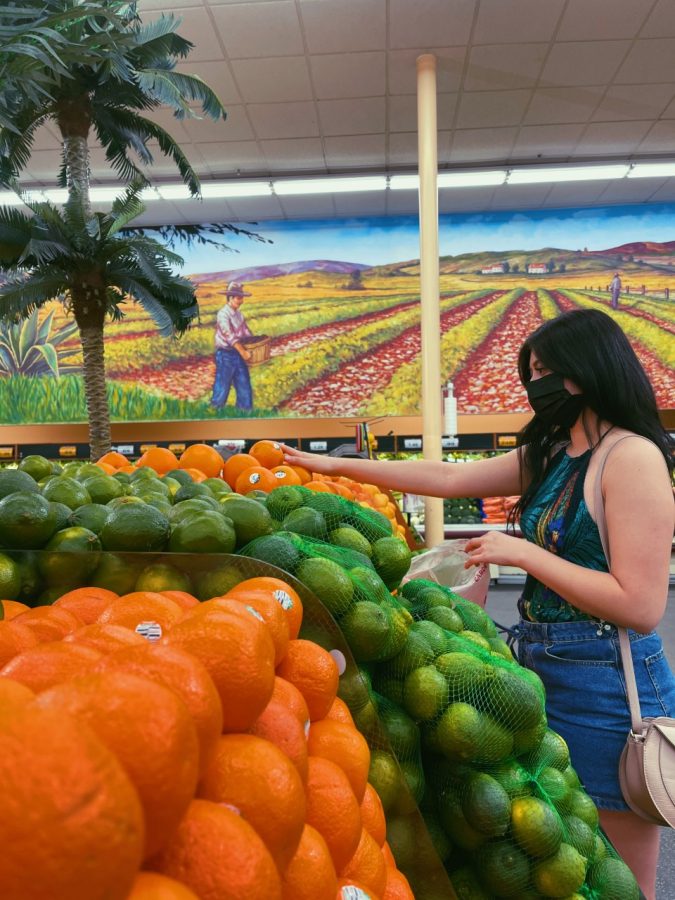 Photo Courtesy of The Chaparral/Marcela Carrillo. America Carlos reaching for oranges while grocery shopping at Cardenas.

During the pandemic, many people lost their jobs and were affected in many ways. Workers in business that we’re able to stay open have seen the good, the bad and the ugly.

As someone who has worked at a grocery store before the start of the pandemic and lockdowns, it was not uncommon to see customers and workers joke about COVID-19. It wasn’t until March 2020 when California ordered people to wear face masks and a stay-at-home order that made things get worse.

During the beginning, plenty of people were understanding of the rules that were put in place to keep everyone safe. Customers were only frustrated that they couldn’t get toilet paper, water, cleaning supplies and other essentials. They would line up hours before in hopes that they could get what they wanted to buy but supplies were extremely limited and some customers would get angry at workers. It was not uncommon to be out of supplies for many days and even when shipped they would be sold out within an hour or two.

For many workers, it could be easy to handle the amount of work day after day but customers can think sometimes they are above everyone else.

It wasn’t until late 2020 that customers started to not follow the mandated mask guidelines and would often give answers stating they had health issues. Other times customers would come in after getting tested not knowing if they were positive or not causing them to put others at risk.

Throughout the pandemic, it was not uncommon to see people not following the recommended six feet apart except when paying for items. The holiday season was the worst time as customers were going for similar items causing well over four or five customers to be well within six feet.

Even though the vaccine has now become available for many people and the rate of positive cases has greatly diminished most customers are still respectful of the mask mandate. There are some customers however who take advantage of knowing that some establishments can’t force customers to wear masks as the workers may not have the authority to.

The workers in the essential business are rarely talked about as doing a great job anymore. Throughout the pandemic, they have risked being in crowded areas helping others with the everyday tasks in their given job. Many have been directly affected by the changes and at times people don’t think about the risks that are still posed to those who work in essential business.

As we come near the end of the mask mandate on June 15 many Californians are disregarding the risk that they pose to not just workers but everyone else.

On June 15 California’s guidelines will change to allow for people to not wear a mask if fully vaccinated and the restricted capacity limits will be lifted for most situations. For people, it will still be required that they wear masks while in public settings.