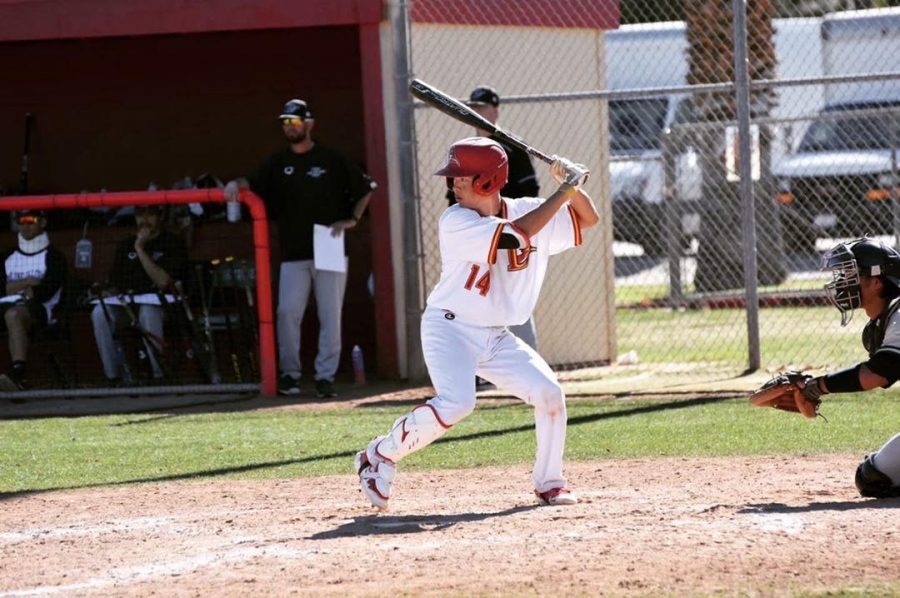 Head coach Sam Dimatteo, noticed these players right away, “Their effort and energy level is always very high. Taishin and Kazu are very smooth and comfortable on the mound which was easy to see right away. Great teammates who respect their coaches and fellow players. Kenny is smaller for a catcher but makes up for it with how quick he is as well as a very strong arm.”

Kazuma “Kazu” Oura is from Kashiwa, Japan and has been playing baseball for 14 years. “I knew that the baseball coach changed to a new coach and the result of last season was not good, so I wanted to play this season with a new team,” said Kazuma when asked why he chose to play baseball at COD.

Baseball in the US is easier than in Japan said Oura, “I enjoy baseball in the United States but I was playing in fear of failure in Japan because I can’t play for days in Japan with one mistake. That is the difference.”

Just like his teammate, Kentaro “Kenny” Yoshida has been playing baseball for 14 years.

From Nagano, Japan, Yoshida said he chose to play baseball at COD because, “When I was a junior high school student, I stayed at the host family’s house. The son of the house is now my teammate Chris Burke, so he invited me and I wanted to play baseball again, so I decided to play at COD.”

International students face difficulties adjusting to a new life here in the US.

For Yoshida, shares some of the challenges he faces being a student athlete, “In terms of study, it is preparation and review.  I need to re-read textbooks and notebooks and translate English to Japanese because my English is not perfect. So it takes a lot of time and it is hard. US baseball is quite different from Japanese baseball, so we need to deal with it.  For example, in baseball in Japan, you usually practice 8 hours or more during summer vacation.  After that, there are players who practice and train independently. However, in the United States, you practice in a very short time of three hours, so when you return home, you check the swing, etc.”

Skill is more important than power for Yoshida when he described Asian players, “I think Asian players have the impression that their bodies are small. To me, baseball is not a sport that plays with power. Everything is skills, no matter how good a player is, there is no point without skill. So, Asian players may be small, but I want to know that there are many players who are good at skills.”

The last addition to the team is  Matsushita from Kofu, Japan, who has 10 years of baseball experience.

The chemistry Matsushita shares with his teammates is something he enjoys, “I like to practice and spend time with everyone on the team.”

With the concerns of COVID-19, the remaining March games for the COD men’s baseball team and other sports have all been postponed until further notice.