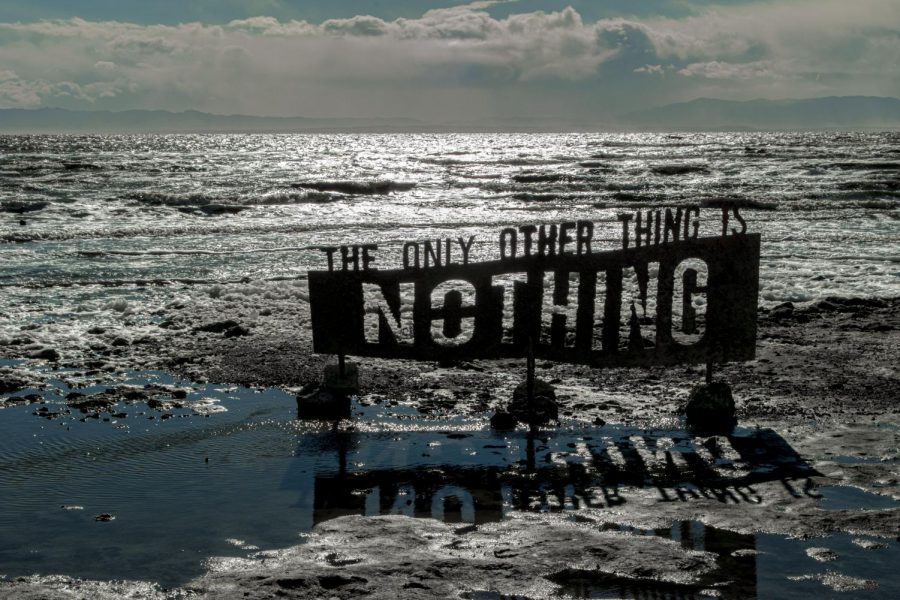 The Salton Sea was formed in 1905 due to an accidental inflow of water from the Colorado River. The sea would have dried up but farmers in the area kept it filled with runoff from their farms. In time, the small towns dotting the outskirts of the newly formed sea became tourist destinations.

In the 1950s you could find the likes of Frank Sinatra and Bing Crosby taking a break from work and relaxing at various locations around the Salton Sea. Bombay Beach, one of these areas bordering the Salton Sea, was once one of the beachside tourist attractions. Located about 50 minutes east of Indio, Bombay Beach began to fall into disrepair along with the rest of the Salton Sea when in the early 80s the salinity of the sea became too toxic to sustain animal life. Due to this, the fish in the sea began dying off in record numbers. The smell of decay filled the air forcing businesses and residents who could afford it to seek fresher pastures. The tourist trade dried up as the sea began to dry up as well.

Today, Bombay Beach has a population of about 200, mostly elderly, people. The town is set in a small grid butted up against a levy guarding the Salton Sea. It consists of a collection of small residences, a restaurant, a corner store and some great urban art installations. According to the Bombay Beach Arts and Culture, (BBAC) serves the community by providing a place for artists to live and work with the town of Bombay Beach, to imagine a beautiful future and create expressions of their vision. The town contains an operational ceramics studio, shared studio workspace, tool library and a gallery/cafe. They offer memberships, workshops, artist residencies, performances and event rentals.

In 2015, a group of artists founded The Bombay Beach Biennale in which artists were invited to perform, install and create art pieces in the town and on the beach. The 2020 and 2021 Biennale were canceled due to the pandemic. One can only imagine the amazing art then having to deal with the pandemic, isolation and how our society dealt with these subjects.

The art at Bombay Beach has always been an eclectic mix. Large pieces like the Bombay Beach Drive-in or the airplane exist, along with smaller subtler installations. What makes Bombay Beach so interesting right now is the art that was once new has been exposed to the elements for two years. A verified new installation has not been made since 2019, so you have art that has been sitting in the desert sun next to a dying sea transforming into something new and utterly beautiful in its deformation and decay. This gives the whole town a feeling of being trapped in time, yet time is still taking its toll. Urban explorers come from all around yet the beach is not as well known in the Coachella Valley.

This is a photographer’s paradise. You can spend the day focusing on large landscapes and huge statement pieces, or you could focus on tiny details of rust, sand, graffiti or rotting wood. Whatever you choose, the day will be filled with discoveries. If you choose to visit Bombay Beach, plan to make a day of it and stay until after sundown. There are several installations that come to life through the use of lights.

Something to keep in mind when visiting Bombay Beach is that it is not just a haven for urban art, it is a community of people. While only a couple hundred people live there, this is their home.

If you do decide to visit Bombay Beach, take a lot of pictures, think about the town, its people, its past and future. Think about the art and let it in. Let it affect you. Everything is transitory. Bombay Beach is a stunning local example of how quickly things can change and change again. Do not just visit once because with each visit you will see something new or notice something no longer there. The town is being reborn in a wholly new way and you can be a witness to it.