How safe is College of the Desert’s campus? 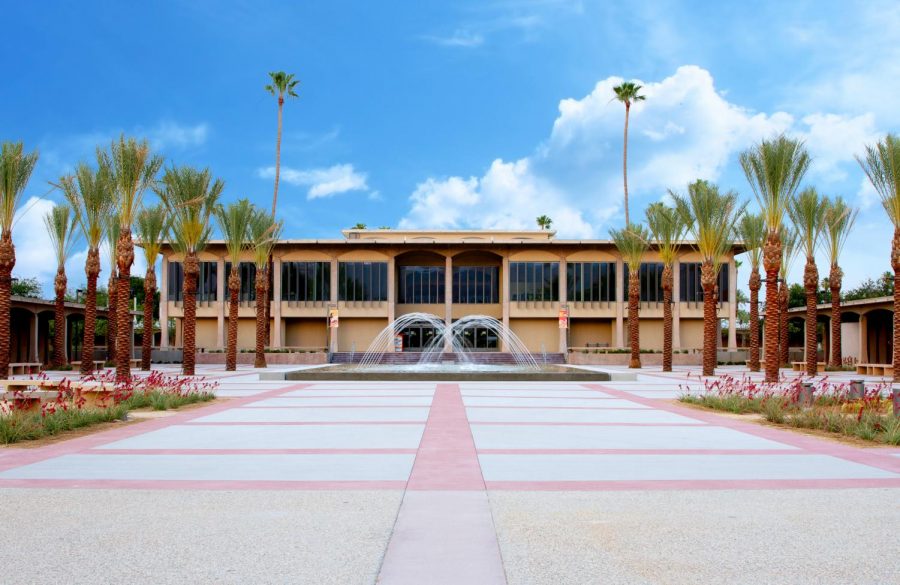 Photo courtesy of College of the Desert. COD's library and fountain at the main Palm Desert campus.

On April 5, 1986, Jeanne Clery was raped and murdered in her dorm room by another student at Lehigh University in Bethlehem, Pennsylvania. The tragedy brought to light the 38 incidents of violent crime that the university had concealed over the years preceding Clery’s attendance. Her parents held that if the crime report at Lehigh University had been known, Jeanne would not have attended. Before this incident, there were no federal or state laws requiring post-secondary institutions to disclose crime status on campus. Thus, the Jeanne Clery Disclosure of Campus Security Policy and Campus Crime Statistics Act was born, or Clery Act.

The Clery Act seeks to provide transparency around campus crime policy and statistics. According to the Clery Center, colleges and universities are required to report campus crime data, support victims of violence, and publicly outline the policies and procedures they have put into place to improve campus safety. All universities and colleges that receive Title IX federal student financial aid are required to perform in accordance with the following three objectives:

The College of the Desert Public Safety Department (CODPSD) must collect data from campus security authorities to obtain the most accurate crime statistics. All CODPSD employees must comply with the Clery Act responsibilities and associated California law.

Director of Public Safety Department & Emergency Preparedness Dr. Tim Nakamura spoke to safety at College of the Desert and the public safety department’s essential practices. “The Public Safety Department routinely patrols all district properties regularly on foot and by various types of vehicles for high visibility while on patrol,” he said. “In addition, we are very campus community-oriented through personal interactions.”

Nakamura also spoke to the role and importance of the Jeanne Clery Act on college campuses and at College of the Desert. “The Jeanne Clery Act was enacted in the belief that crime awareness can prevent campus victimization. This law requires colleges and universities to receive federal funding to prepare, publish and distribute campus security policies and crime statistics by Oct. 1 of each year. It is integral based on the fact that if Clery statistics are not posted, the institution could be fined or even lose federal funding,” he said. “Based on our Clery statistics, we have less felonious crimes that occur on our campuses than other community colleges in Riverside County.”

He credits the routine patrolling of the public safety department around the district for making College of the Desert as safe as it is and in facilitating crime prevention. “Additionally, a community college is a ‘microcosm’ of the community at large,” he said. “The Coachella Valley itself has a relatively low crime rate which carries over to the campus.”

Nakamura relayed one main message to students considering attending College of the Desert but may be hesitant to due to safety concerns. “Your safety and well-being while at College of the Desert is the primary concern of the COD Public Safety Department,” he said. “The Public Safety Department is committed to providing a safe and secure learning environment for our campus community to prepare our students for academic success.”

Public safety at College of the Desert–in relation to policies and guides, the Clery Act, annual security reports and crime logs–can be found on the college’s website.

COD’s Public Safety Department can be reached 24 hours a day at 760-341-2111. They are also notified of all 9-1-1 calls made from any campus extension. To reach the public safety department from a campus extension, dial 2111.