Ghostbusters: Afterlife-Franchise has life left in it yet. 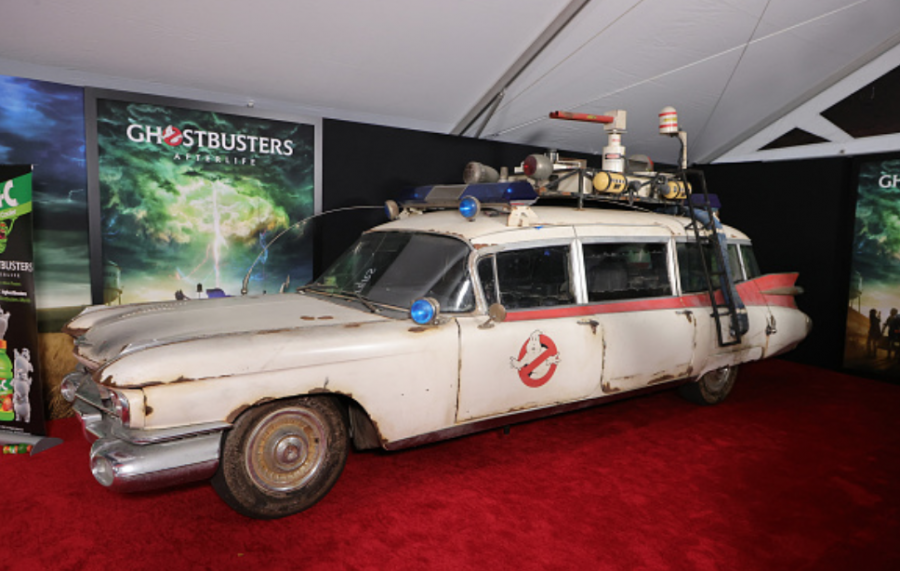 Unlike a lot of people, I enjoyed chunks of the 2016 Ghostbusters reboot. The cast was amazing, the story was passable and the effects were great. One thing I think the reboot got wrong was not embracing the original movies. Yes, some of the original cast members had cameos, but as characters, that were unrelated to the characters they played in the 1984 original. Ghostbusters: Afterlife, which opened only in theaters, Friday, November 19th does not suffer from this problem. This Ghostbusters is a direct sequel, not a reboot.

Ghostbusters: Afterlife focuses on the estranged family of Egon Spangler, played in the originals by the late Harold Ramis. Callie Spangler (Carrie Coon of The Leftovers and Gone Girl) is raising two children on her own. Her father left her when she was young and her children’s father has done the same. Struggling to keep up, she and her two kids are evicted from their apartment. Just before the eviction, she gets a message from one Janine Melnitz (Annie Potts) informing her that the father she barely knew has died and has left her his farm and land located in the small midwestern town of Summerville. So, she packs up her kids and heads to the farm expecting to come home with a windfall of money. Her 12-year-old daughter, Phoebe (McKenna Grace, Malignant, The Handmaid’s Tale), is a science enthusiast with limited people skills. Her son, Trevor (Stranger Things’ Finn Wolfhard)  is an awkward 15-year-old. Callie has told the kids they are heading to Summerville for a week to take care of her father’s affairs then they will come back home. Once there, Janine informs Callie that her father’s estate is deep in debt. Janine has stuck by Egon and took care of him until his death. Due to this, Callie lets the kids know they are stuck at their late grandfather’s creepy, rundown farmhouse for the foreseeable future. At the local malt shop, yes it’s that kind of small-town, Trevor meets Lucky (Celeste O’Connor, Freaky) and falls head over heels for her. Heading into summer school, Callie and Phoebe meet teacher Gary Grooberson (Paul Rudd, Ant-Man, Anchorman) who Phoebe comes to find out is in Summerville studying the town’s strange seismic activity. You see the town is not on any fault line and has no fracking going on. The main cast is rounded out by Logan Kim who plays Phoebe’s classmate, Podcast.

The cast is uniformly wonderful, but Grace as Phoebe is the heart of the film. She plays a young girl, probably on the spectrum somewhere, who is an unapologetic lover of science and is finding her way in a world where most would describe her as “weird”. Coons, one of my favorite actors, brings a sarcastic sense of humor to Callie. She is a wounded person, who doesn’t know why her father chose to leave and has no contact with her. She is a fierce somewhat unconventional mother who will always be there for her kids. Wolfhard is making a career out of awkward, but lovable teens. Here he does a nice job of grounding the family dynamic. He loves his family but is at that age where the pursuit of popularity and girls take up a lot of his thoughts. Rudd is charming and funny as usual. It’s like the man can do no wrong. O’Connor does nicely in an underwritten role. The standout find here is Kim, an effortlessly funny young actor. Podcast is a fun character and Kim’s joy of playing him is infectious.

During the film. Phoebe finds some old equipment in the farmhouse and through Rudd’s character becomes aware of the original Ghostbusters. When a spirit begins to make contact with her she gets in touch with Ray Stantz (Dan Ackroyd). In a beautifully acted scene, Stantz explains that Egon took a bunch of equipment and left the Ghostbusters after the events of the second film. Egon tried to explain to Ray that he had to move to Summerville to protect his friends and family, but Stantz didn’t understand. Because of this, they never spoke again. Through this plot point, we find out what the original ghostbusters are up to. I have to say that seeing the original characters being played by the original actors made me giddy with joy. Especially satisfying is finding out what happened to Winston Zeddemore (Ernie Hudson). His character was never utilized to its potential and it was nice that the character was given a satisfying arc. Bill Murry provides levity as Peter Venkman and makes sure to stick around until the end of the credits to see what Sigourney Weaver’s Dana Barrett is up to.

Director, Jason Reitman is the son of the original director, Ivan Reitman. This film has a different tone than the originals. The younger Reitman places the focus here on family, the kind you are born into, and the kind you find along the way. Where the original films were pretty much straight-up comedies, this film is more akin to a family dramedy that just happens to take place in the Ghostbuster’s universe. Jason Reitman is known for Juno and Up in the Air. Ivan Reitman is known for broader comedies such as Meatballs and Animal House. So, while the tonal shift is a bit jarring, it makes sense and I feel that it works. It is not often that a film marketed as a comedy has one of the most emotionally satisfying endings I have seen in films of late. I will admit, the ending made me cry. If you go in with an open mind Ghostbusters: Afterlife can be a satisfying viewing experience.