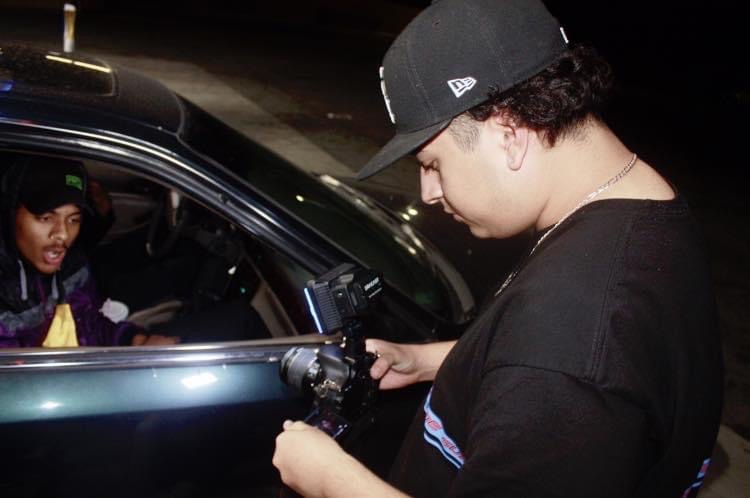 I may not be able to see into the future and know where I will be in ten years, but I can assure you that whatever I do in music or sports media, I will be a household name for years to come.”

As students do school from home, many may be unsure what major to choose. Julio Camacho is a thriving film and television student, and he is using his extra time learning from home making YouTube videos.

Camacho is currently in his third year at College of the Desert. While he is learning from home, Camacho is pursuing his interest in journalism and film. He initially chose a different major, “I started as an accounting major that lasted about two months, and it was either between film and television or journalism.”

Camacho believes students shouldn’t be afraid to try majors if they have a slight interest in them. It could be the starting of a great career or the defining factor to do what you love.

Many people have difficulties finding work during the pandemic. Camacho didn’t let the pandemic slow him down as he decided to create a YouTube account called “Julinskiz” to present his music videos.

Many of his videos have more than one thousand views, and he has one video with well over ten thousand views. He is full of confidence.

“I feel like my videos are decent enough to get that amount of views, and just sharing it and promoting it a bit helped get to that point. Right now, my latest video is at over 19,000 views and continues to grow,” said Camacho. He especially enjoys making music videos because of the people around him, such as his friend Lani. “We have the best chemistry, and we can get a shoot done in minutes.”

While Camacho has a considerable interest in majoring in film and television, he is interested in sports journalism. He is currently the copy editor for The Chaparral and has been writing news and sports stories for years.

Camacho got his start at Desert Hot Spring High School, “Taking journalism classes for three years straight, I was always covering sports and, at one point taking charge of the sports department for the paper,” said Camacho.

Camacho is an avid baseball fan but isn’t afraid of covering other sports because of its challenge. Even though he has only a few years of journalism training in high school and at College of the Desert, he has experience well beyond his years. Someday Camacho would like to bring the most significant sports news right in the palm of everyone’s hand.

Most people will have some level of doubt as students try classes to find something that interests them. Camacho encourages all students to pursue what they’re interested in. “People should do what they love rather than chase the money. The money will only get you so far, but doing what you love will make you feel like the happiest person in the world. Work isn’t always going to be perfect, and sometimes it won’t be easy, but waking up will be a little bit easier if you love your job,” said Camacho.

Camacho is currently unsure if he will transfer to a university. If his videos keep doing well, he says he will continue to direct music videos. Creating videos is what he loves.

“I may not be able to see into the future and know where I will be in ten years, but I can assure you that whatever I do in music or sports media, I will be a household name in years to come,” said Camacho.

The Chaparral • Copyright 2023 • FLEX WordPress Theme by SNO • Log in